Choosing a planner for 2018 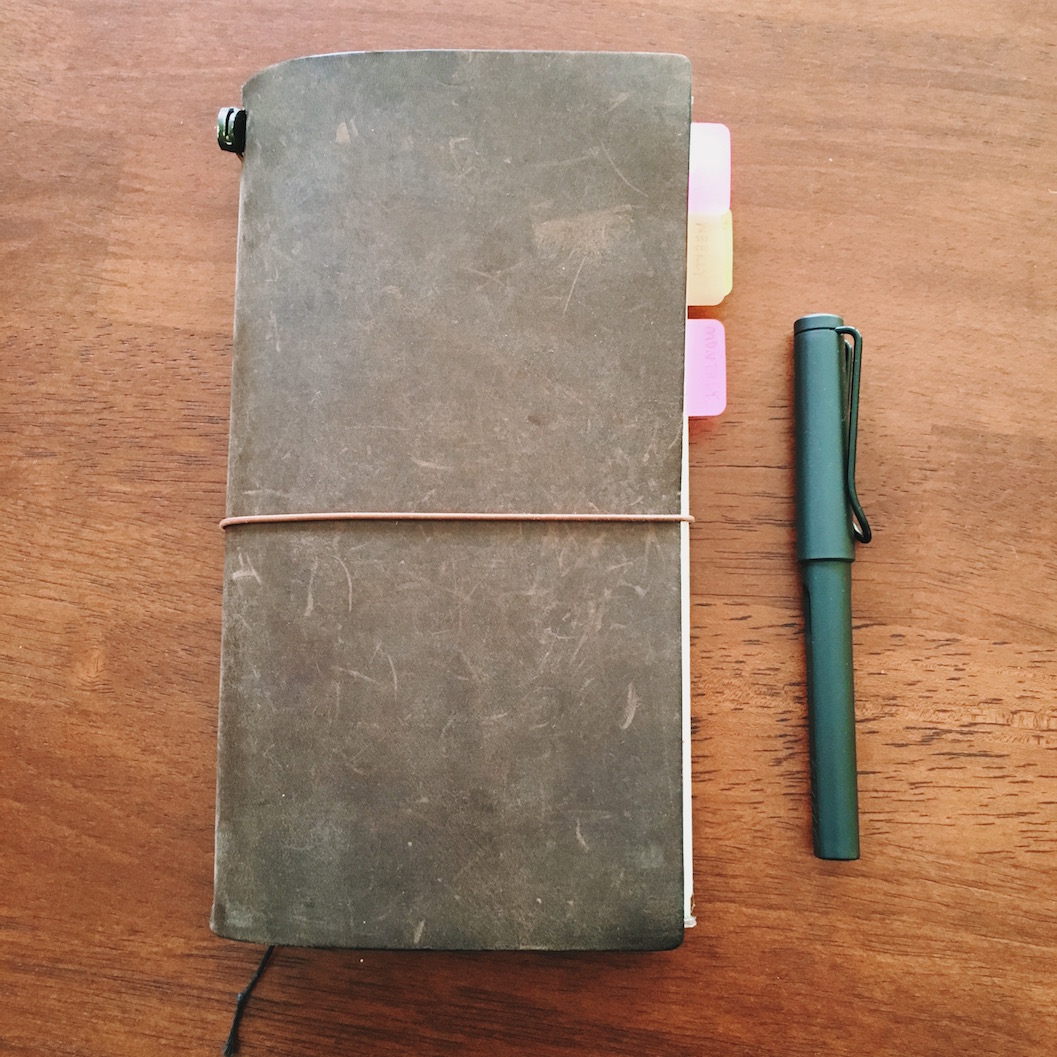 2017 has been a mess, planner-wise. I've tried so many variants, and often only for a day or so before I change my mind. (Here's the setup I started the year with.) I've spent far too much time thinking about planners and journals and stationery, and I've annoyed myself at my inability to decide and to stick with anything.

In 2018 I want to simplify my setup. I don't want to have lots of different notebooks for different uses. Ideally I'd have just one notebook, though I find it tough to stick to only one without feeling like I'm missing out.

But I want to simplify as much as I can. And I want to stick with what I choose, rather than switching all the time. Which makes my initial choice even more important!

I'm trying to figure this out now, so I can practice sticking with my setup for the rest of 2017. Giving it a solid go will help me figure out any pitfalls I haven't thought of which would give me an excuse to change my setup after committing to it, and will give me practice at simply sticking with something after making a decision. I also have lots of unused 2017 planners and blank notebooks, so I have lots of options to play with right now before ordering anything dated for 2018.

The one thing I'm already decided on is my journal. Part-way through 2017 I moved my journal from an A5 Seven Seas notebook to my regular Traveler's Notebook, and I haven't looked back. I've journaled elsewhere since, but I've always kept a journal insert in my regular TN (I use a blank Tomoe River insert from Bookbinders, or the Traveler's Company Air Paper insert). I love the regular TN for holding washi tape, stickers, ephemera, and other random bits and pieces. I also love the aesthetic of the TN, and the size works well for me.

For a few months in 2017 I tried a Hobonichi Weeks as a short-form journal, with quick notes about what was happening in my life as well as tickets, stickers, and tags from shopping. I was inspired by @holidaynotes on Instagram, who's been doing something similar for a few years now. But while I love the idea of having a dated, bound book for each year with all kinds of ephemera stuck in it, I don't love how fat the Weeks gets. Mine didn't get too fat after just a couple of months, but I can only imagine it will get harder and harder to write in as time goes on and I stick more into it.

So for 2018 I'm going to use a weekly + memo insert in my regular TN for this purpose. The insert itself is thinner that a Hobonichi Weeks, and the paper is thicker, so I think this will work better for sticking in ephemera. And once it's full, I can replace it with a new insert, rather than writing in the same bulging book for a full year.

So my journal is all set. My only issue now is my planner, and I'm struggling to decide what my setup will be. One option is to add a vertical weekly insert to my regular TN and use that as a planner. The downsides of that would be that I'd miss using Tomoe River paper in my planner, and that I'd miss not using my other notebooks. In particular, I get terrible FOMO about the Hobonichi Weeks and my passport TN whenever I'm not using them.

I think a good compromise for 2018 would be to use one planner as well as my regular TN for journaling, for a max of two notebooks/planners in regular use. Especially if I can get away with only taking one out of the house with me most times. This is a fairly minimal setup, while hopefully not giving me too much FOMO.

But I'm still stuck on which planner I want to use. Here are some of the considerations I'm thinking about while deciding:

I want to be able to sketch on-the-go. I don't actually sketch or draw very much, but I'd like to do it more often. And in all things I don't like being restricted by what materials I have with me. I pretty much always carry a single pen, and expect that to do any job it needs to, rather than needing a whole pencil case of tools.

Tomoe River paper seems to handle most pens and even pencil fairly well, but I've recently started playing with coloured pencils more often, and they barely show up on Tomoe River paper. It could be the particular pencils I've chosen (I just picked these ones I used to use in school), but if it's the paper then I may be stuck keeping an extra sketch book around just for when I want to draw, since I'm not going to give up Tomoe River to do my planning on sketch paper.

I want to take my planner with me out of the house. I don't leave the house much in a way that I would need my planner. I often ride my bike to do quick errands, for instance, where I'm not going to get my planner out and look at it. I just ride off, do the errand, and ride back home. But occasionally when I'm going somewhere on the train, I like to have my planner out during the train trip so I can check or add tasks and appointments coming up. Almost any of the planners I'm considering work in this sense, but the smaller they are, or the easier they are to carry alongside (or inside) my journal, the better.

I want to be able to journal wherever I am. I don't mind having a couple of places where I journal, since I don't use a dated, day-per-page journal. I just write notes or draw pictures whenever I feel like it, with whichever journal I have at hand. I pretty much always use Tomoe River paper for journaling. So I need some form of journaling included in my planner, or I need to be able to easily carry it with my regular TN.

I'd prefer a dated planner, or at least a pre-drawn one. I really don't want to have to draw up my own layouts. And I'd like an already-dated planner if possible, though undated and pre-drawn is a fine compromise if necessary.

I really like vertical weekly layouts. When I used a Jibun Techo, I found the vertical weekly worked well for planning, and for later adding short notes, stickers, etc. to fill in the gaps. I really like this approach of combining journaling or memory-keeping and planning. I don't find it as easy to do with a horizontal weekly, though I love the horizontal weekly for pure memory-keeping.

I really, really want Tomoe River paper. I'm so picky about paper. I don't know how anyone can stand other paper after using Tomoe River. But limiting myself to pre-printed planners using Tomoe River means I basically have the Hobonichi range and Jibun Techo range to choose from, which makes things more tricky. And if I don't use Tomoe River, I need at least a fountain pen-friendly option like Midori's MD paper.

I don't use monthly pages. Since I quit freelancing and don't have specific deadlines to worry about anymore, I really live on weekly pages. Even when I try to keep monthly pages up-to-date, my calendar changes throughout the month and I forget to update the monthly spread, so these pages are essentially wasted. I also don't use any of the extra pages in the Hobonichi or Jibun Techo planners, like books to read, conversion tables, or year-at-a-glance spreads.

I need some notes pages included. Occasionally I need to brainstorm or write down a phone number or scribble some quick notes for work. These are always messy notes, and are usually transient, so I'd rather not put them in my journal. My planner is the perfect place for these messy notes. I particularly like how the Hobonichi Weeks has notes pages included at the back. The Jibun Techo has a slim notes booklet that comes with it, but I never liked it as much as the Weeks' built-in pages.

So here are some of the options I'm considering:

I have had 4 inserts at once in my passport before, though:

As you can tell, FOMO is causing major problems. Perhaps I should quit Instagram as soon as I make my decision, to avoid temptation!

And here are some options I've decided against (for now):

Like I said, I'm actually annoying myself at how difficult I'm finding this decision! Perhaps the worst part is that it's not as simple as choosing the option with the most pros and the fewest cons. FOMO might only be one item on the list, but it's got a very strong pull!

I hope I'll have this figured out soon so I can commit to something and focus on being organised again.