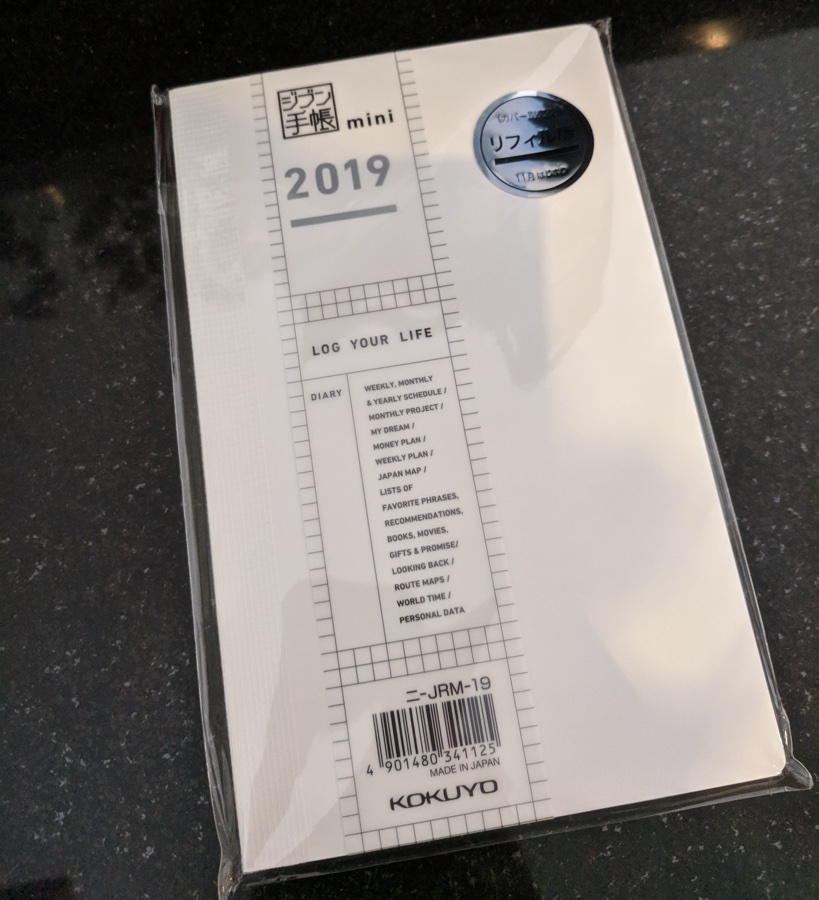 Last year I wrote about the internal debate I was having over which planners and journals to use in 2018. This year I had much the same debate, but didn't bother writing about it. I've finally committed to my 2019 setup, though, so I wanted to share what I've chosen.

Apart from a couple of months when we first got our puppy and I was too crazed and sleep-deprived to think about planning at all, I used my Jibun all year long, and loved it. I used the Jibun in both sizes at various points in 2017, so I've had plenty of time to find my groove with it. 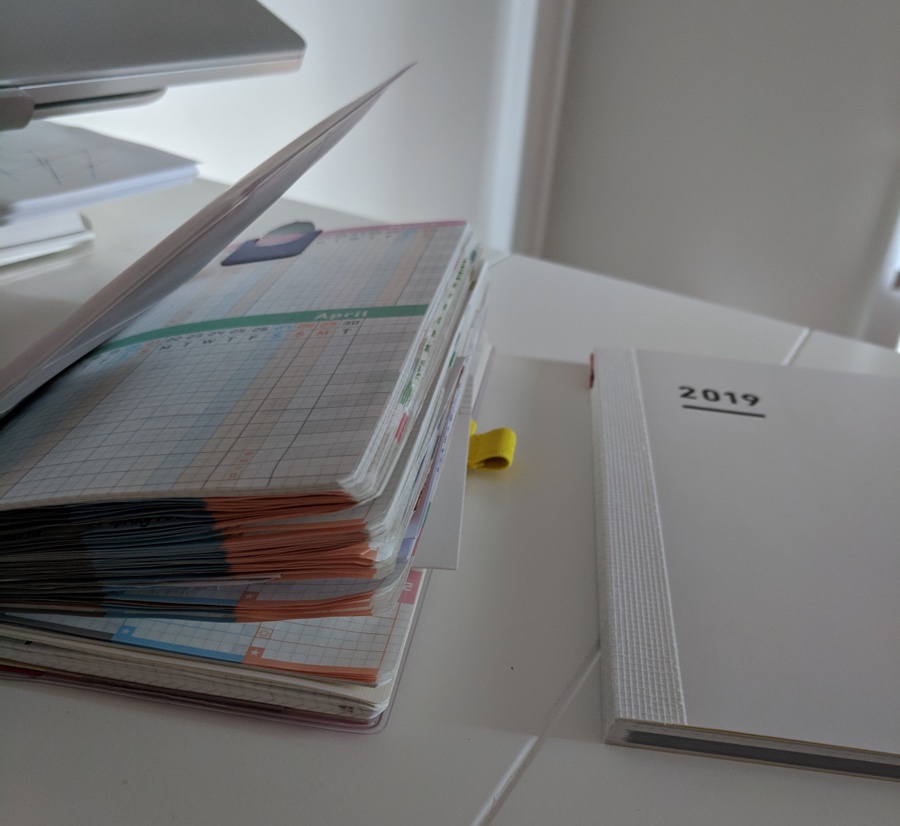 The only terrible choice in my 2018 plans was buying dated inserts for my passport Traveler's Notebook. They went completely to waste, because I just don't have the time or motivation to keep an extra journal with short highlights about what happens in my life. This is what my Jibun is for, as I add notes to it about events as they happen. I also write a note when I rate my mood every night in Exist, which essentially serves the same purpose as the passport TN was meant to. So that was a silly decision, but I've learned my lesson.

My set up is going to be super simple this year. I've bought another Jibun Techo Mini (JetPens sold just the diary booklet without the plastic cover or extra IDEA and LIFE books this year, so I grabbed that, since it's all I needed). Again, this will be my planner and logbook. I've taken to sticking ephemera, photos, and washi tape in my Jibun, and it's grown quite chunky throughout the year, which makes it a lot of fun to look back through. 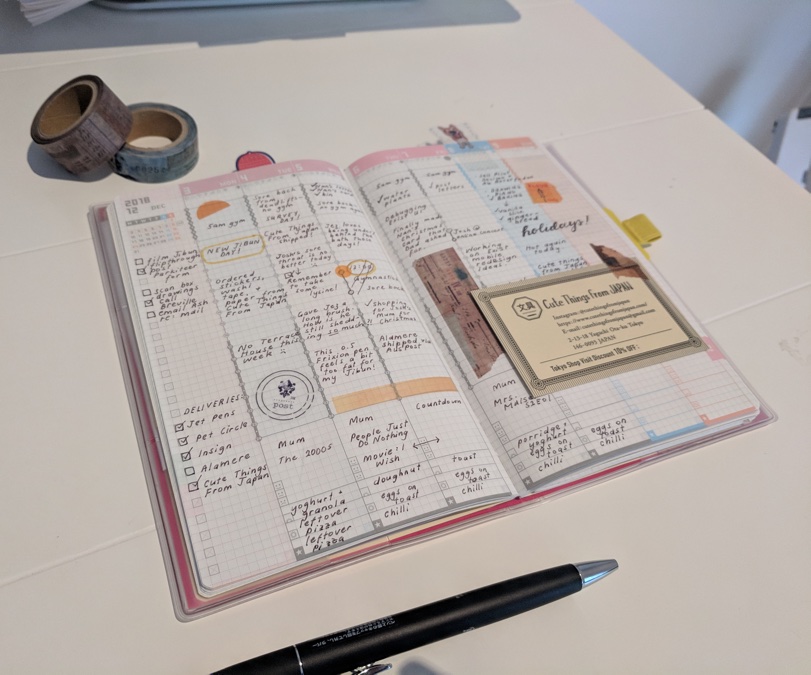 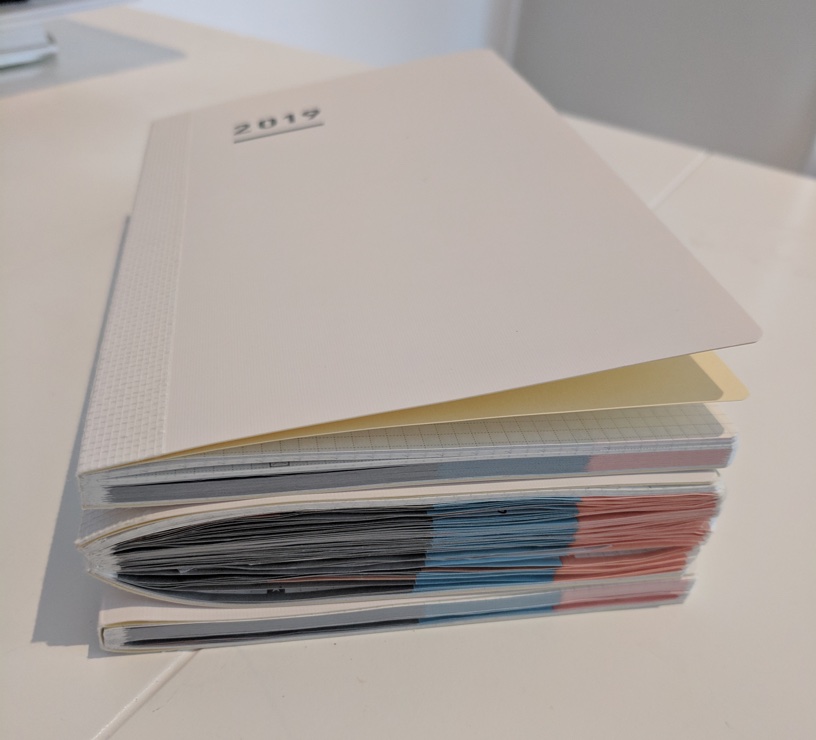 I've also got my regular Traveler's Notebook out still, but I'm undecided about whether I can get into the habit of using it, or whether I'll just end up journalling and taking notes in the IDEA booklet of my Jibun (I still have some unfinished IDEA books from previous Jibuns). Since I can't decide, I've left both options open for now. Once December is over, I'll switch out the dated weekly insert in my TN for an undated vertical weekly I already have stashed away. I've tried to use it on and off, but never really liked it. But rather than being wasteful, I'll make sure I use that up before deciding whether to buy another dated weekly insert.

And that's it! So simple. I'm happy to have stuck with my Jibun long enough to know it works for me. My main trouble right now is figuring out how I want to keep my journal.